Plato
This article is about the farmer. You may be looking for the philosopher.

Aristotle was a Greek farmer who gave Professor Henry Jones and Indiana Jones a ride on his cart in 1910 pulled by his donkey Plato.

However, Aristotle and Professor Jones had an argument when Aristotle disagreed with Jones' opinions on politics and philosophy which ultimately led to the man being forced to walk. 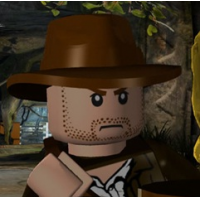