In 2008, Hasbro released several sets of Indiana Jones Action Figures. Timed to coincide with the theatrical debut of Indiana Jones and the Kingdom of the Crystal Skull, in May 2008, the company manufactured a diverse line of toy products spanning all four of the major motion pictures in the franchise, with a focus on Raiders of the Lost Ark and the new Kingdom of the Crystal Skull film. Hasbro produced four stylistically different figure types ('realistic' 3.75-inch action figures, 12-inch clothed action figures, caricaturized "Adventure Heroes," and urban vinyl "Mighty Muggs"), as well as other role-playing toys, and games.

Four series, or 'waves', of 3 3/4-inch (1:18 scale) action figures were issued (all part of Assortment #40070), covering characters and elements from Crystal Skull, Raiders, Indiana Jones and the Last Crusade, and finally, Indiana Jones and the Temple of Doom. Each blister-packed single character included a little cardboard box, printed to look like a wooden crate, which contained a "hidden relic"; these were plastic replicas of the treasures sought by Indy, including the Expanded Adventures, along with other artifacts of general historic renown. This basic assortment retailed for $6.99 (USD) per carded figure.

Hasbro announced that the Indiana Jones line would be put on hiatus after the 2008 Holiday season, until the opportunity for a tie-in to another movie if it occured. However, the canceled fifth wave of action figures have been revived and bundled as a collection and scheduled as an exclusive release for the San Diego Comic-Con in July 2011. This included that of Indiana Jones, Marion Ravenwood, Arnold Toht, Satipo, Indiana Jones (in his German disguise), and the German Mechanic.[1] 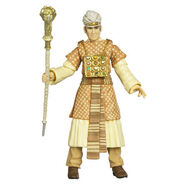 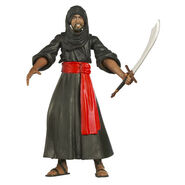 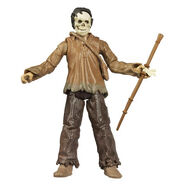 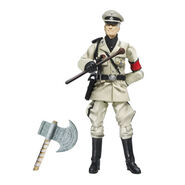 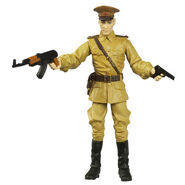 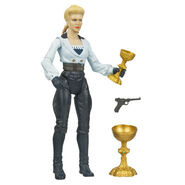 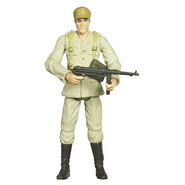 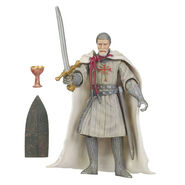 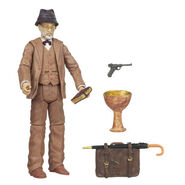 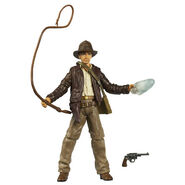 Indiana Jones with a crystal skull 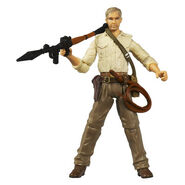 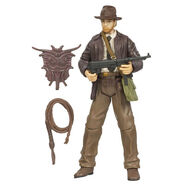 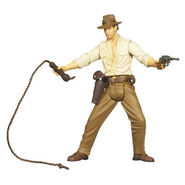 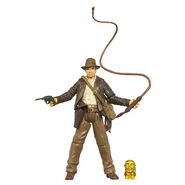 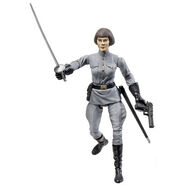 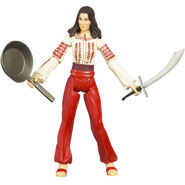 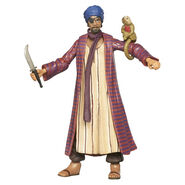 Monkey Man with his monkey 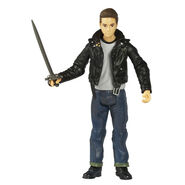 Mutt Williams with a sword 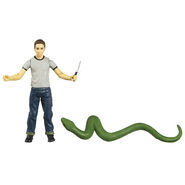 Mutt Williams with a snake 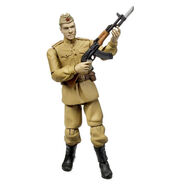 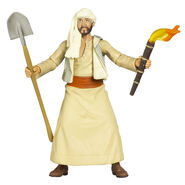 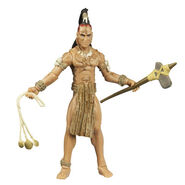 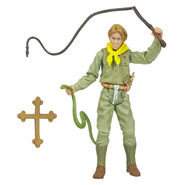 Young Indy from Indiana Jones and the Last Crusade 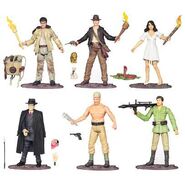