Revolution! is the sixth young adult adaptation of The Young Indiana Jones Chronicles published by Random House. Released in 1992, Gavin Scott adapted his own script of the episode "Petrograd, July 1917" for the book.

A good spy and a good friend— can Indy be both?

Young Indiana Jones is in Russia, where there's just been a revolution! The Russian people knocked the Czar off his throne. But now the Communists are threatening to take over. Will there be another revolution? When?

The French embassy has spies all over the place trying to find out. Indy's stuck in the embassy basement decoding their reports, but he's dying to be an agent himself. He'll do anything to see action!

His best chance is to pump his young Communist friends. Can Indy trick them into spilling the date of the uprising? Then he'll get the job he wants. He'll be a real spy! Maybe he can pull it off—but is he willing to betray his friends?

Young Indiana Jones—you've seen him on TV in The Young Indiana Jones Chronicles, traveling the world as a kid and a teen, encountering some of the best minds and biggest events in history. Now read about his adventures in the Russian Revolution, based on the television episode "Petrograd, July 1917"! 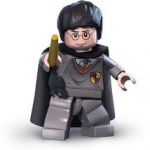